A core theme running through Open: How We’ll Work, Live & Learn in the Future is the need for formal educational settings to recognise and incorporate more of the factors that make social learning so engaging, impactful and effective. 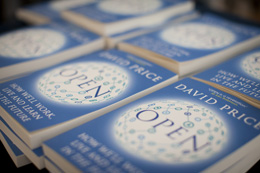 In the provocation, Price asserted that it wasn’t just technology that made social learning so effective.
He described it was more to do with human nature that drives it:
The sense of community – helping each other out, and made particular reference to #RiotCleanUp, the hashtag that trended on Twitter & Facebook and more importantly initiated nationwide action in the aftermath of the UK riots in 2011.
Price also described the sense of playfulness that is derived in social learning, but suggested that such a term is often met with horror and recoil in a formal educational setting – with the exception of perhaps a Montessori or Steiner school setting. 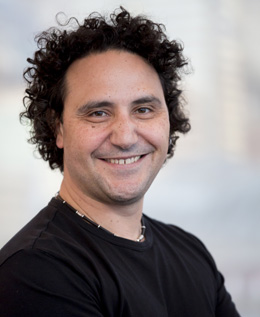 Professor James Arvanitakis, the 2012 Prime Minister’s University Teacher of the Year, described how he engages his students at University of Western Sydney by ensuring those that want to learn socially are empowered to do so.

So the question put to us was:
How can we make learning more socially connected?
Four main ideas were generated by the forum.
Firstly the environment in which we learn or work has an immediate and significant impact on how we learn or work. The furniture, the layout, how many walls, windows, size of the room, plants, light etc. all determine to what extent we are inclined to work or learn socially or on our own.
The second theme that became apparent was the need to address how we learn or work. Do we incorporate aspects of play, self direction, collaboration into how we work and learn. Do we utilize technology in a way that would enhance these areas, or are they more often than not really expensive notepads and worksheets? For example could students blog more?
With whom we learn was an obvious theme that was discussed at length. Why, for example, do we only allow kids to work with the kid sitting next to them? Or a kid in the same class, year group, school, state, country….

In our context, technology allows us to connect with whomever we like to enhance our learning, regardless of age, gender or location. Why don’t we use that more?
And the final idea to make learning more social was to work to eliminate competition in education or learning. In Australian schools, no matter how much we might like to ignore the fact, the ATAR is the ultimate competition. And kids know that. Very often the next question after “what mark did I get?” is “Where did I come in the class?” In that environment it is difficult to encourage collegiality and social learning. How can organisations challenge that?
To finish the evening, we were asked, “What can each of us do to make our learning environments more innovative, more engaging?”
This question was met with a tsunami of Post It notes, which was brilliant! We’ve all been to events where it’s very heavy on talk, but not much in the way of tangible actions – but not this time! 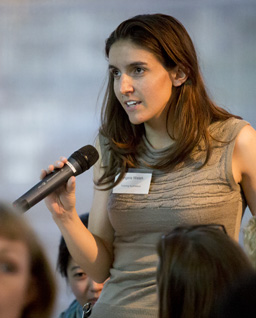 This particular provocation generated more ideas and discussion than any of the others and speaks to the nature of the crowd. This group of people what to affect change. They want to do something.

The main ideas to surface centred around encouraging risk taking in an environment where “fear of failure” is challenged. Specific ideas to address this were based on assessment, reporting and professional learning processes and the language used within organisations.
Many spoke of language and processes that encourage what Carol Dweck Ph.D would call a Growth Mindset and how to embed these within a learning culture. Particular attention was given to how we give feedback, with an emphasis on the process as opposed to only focusing on the product.

Concepts such as play and gamification also featured, but the number one strategy to make learning more engaging?
Make it relevant. Make it matter. For real.