The Open Learning Forum was held on 27th November 2013 at the National Maritime Museum in Sydney.
Participants from all walks of life joined international speaker and author David Price OBE and Professor James Arvanitakis from the University of Western Sydney for an evening of provocation and discussion on the shifting nature of education in the 21st Century.

In his book, Open: How We’ll Work, Live & Learn in the Future, Price describes a rising tide of disengagement from formal education and workplaces. He talks of a need to examine how we learn socially, for example why do people share their knowledge freely on the net, and how could this apply in formal education?

After setting out his premise, Price then challenged those in attendance to consider the following:

How do we reverse the rising tide of disengagement and who is successfully engaging employees and students? And how are they doing this?
One of the themes that came through very strongly from the participants was the notion that we should ensure that students and employees know that failure is an option. It’s incredibly hard to genuinely engage with anything new or challenging if the fear of failure is hanging over you. If you feel you’ll be punished for getting things wrong, or labeled as being incompetent. 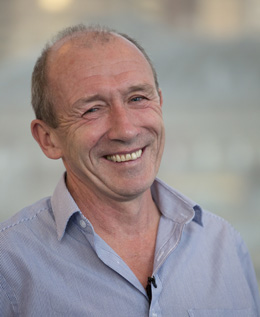 Tales were told of how many a great innovation come about because of repeated failures, examples from Thomas Edison to James Dyson, and David Price told the story of the 3M Post It note coming about because of a botched attempt at creating a glue that would leave no residue.
Some encouraged us to adopt the phrase: FAIL – First Attempt In Learning.
Another key message was that there is a pressing need to empower students, based on their interests and allowing more autonomy in the what, why, when and how they learn.

Many of the points raised speak to Self Determination Theory. A theory devised by Richard Ryan & Edward Deci from the University of Rochester that suggests that for genuine engagement to take place, students need to be – to some extent – intrinsically motivated. For that to happen, they need to have a sense of relatedness, autonomy and competence.
When asked to identify who are successfully engaging students and employees, discussion quickly turned to innovative companies such as Google, Microsoft or Facebook.

The Kahn Academy also received an honourable mention for its pioneering approach, to flipping the classroom – a strategy that empowers students to learn at their own pace at home, and use class time to tackle problems face-to-face with the teacher. 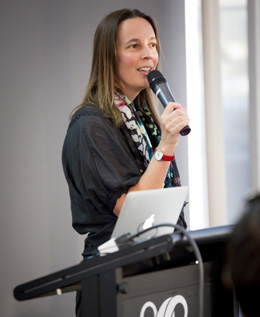 But it wasn’t just overseas operations that were acknowledged for doing good stuff.

Big Picture Education Australia’s mission is to stimulate vital changes in Australian education by generating and sustaining innovative, personalised schools that work in partnership with their greater communities. Rather than a one-size-fits all approach they believe that, “True learning takes place when each student is an active participant in his or her education, when his or her course of study is personalised by teachers, parents and mentors who know him or her well, and when school-based learning is blended with outside experiences that heighten the student’s interest.”

The Northern Beaches Christian School was also spoken of very highly in the ways they not only seek to engage their students, but their staff and the wider community in general. From innovative programs to innovative job titles, NBCS is pushing the boundaries with regard to what school can look like in 2014.