It was 2004 when Indigenous elders from northern NSW first talked to researchers to collaborate on a profound project: documenting customary medicinal knowledge and identifying plants with significant health benefits. This partnership, called the Indigenous Bioresources Reseach Group (IBRG), quickly led to the creation of a new community capacity-building scheme: the National Indigenous Science Education Program (NISEP). A prominent voice in this group of elders, Yaegl man Uncle Ron Heron, marked the 10-year anniversary of this community-university relationship by accepting an honorary Doctor of Letters from Macquarie University in recognition of his significant contribution to science, education and leadership building.

I feel enormous pride; I have come a long way from a tin hut. 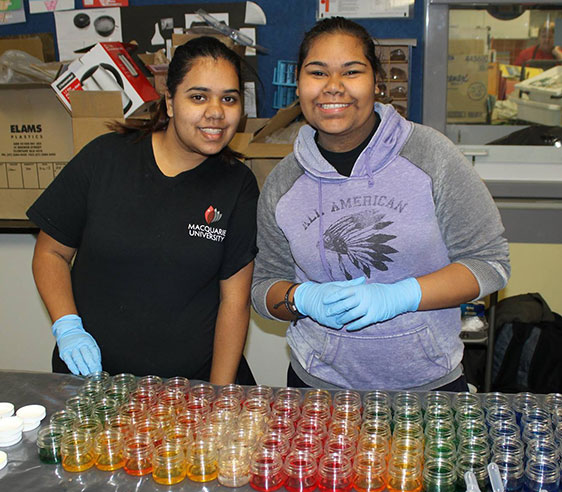 No stranger to universities, Uncle Ron holds a Bachelor of Arts and Bachelor of Letters by thesis in prehistory and anthropology, and lectured in Indigenous Studies for 10 years at Lismore’s Southern Cross University. He has contributed to academic papers and books on bush medicines and ethnographies on North Coast Aboriginal peoples, dictionaries of Aboriginal languages, and books and audio recordings of Bundjalung and Yaegl stories.
“I feel enormous pride; I have come a long way from a tin hut,” Uncle Ron says in reference to his early days, growing up in the mission system in the Clarence Valley. As a young man he cut and burnt cane, and picked vegetables on farms, but in his 30s became an Aboriginal Drug and Alcohol counsellor. Even now Uncle Ron does not let his age, or the effects of a stroke he had in 2010, get in the way of his continued learning and community contributions. Recently, he completed a TAFE certification in Tourism and Guiding, and started a business sharing his home Country with tourists in the Clarence region.
Especially close to his heart is the River of Learning program he co-developed with NISEP, which has now been running in Maclean High School for five years. The week-long program takes Year 7 students on Country with local Elders, visiting sites of cultural importance and learning about technology, medicine and foods that helped traditional custodians of the land survive for thousands of years. River of Learning’s cultural immersion then culminates in an annual interactive science show, which Macquarie University’s NISEP team presents with the students, showcasing the pride and confidence that Indigenous students have in their culture and knowledge.

NISEP has a measurable impact on the confidence of Indigenous youth, both in their cultural identity and in their abilities and aspirations in education. Teachers report more students identifying as Indigenous and wanting to be a part of the program, and significant changes in motivation and behaviour towards school work following NISEP activities. NISEP creates a space for Indigenous students to create meaningful relationships and support networks with their peers, teachers and university mentors and academics. NISEP Macquarie University works with three schools in northern NSW Clarence Valley region – Maclean, Lismore and Casino – while NISEP Charles Sturt University works with schools in the Wagga Wagga Riverina region.
While the River of Learning program has been featured on ABCs popular Message Stick and Catalyst programs, graduating as a Doctor of Letters “is up there with the very best” Uncle Ron says. “This award is a great honour and means so much, not only for myself, but for all of my people of Yaegl and Bundjalung Country.”
Congratulations Uncle Ron Heron! 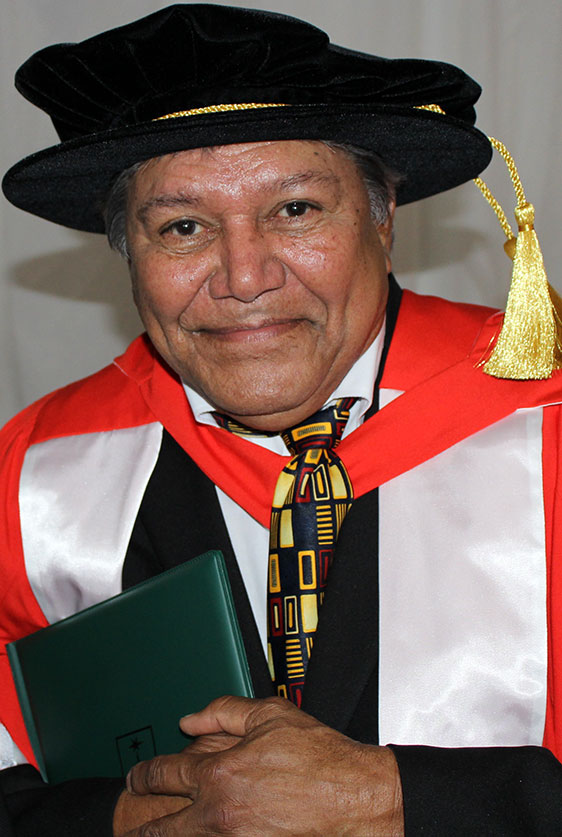 Protecting lives and culture in Kabulwarnamyo

Warddeken Land Management and the Kabulwarnamyo community’s proactive response to the pandemic has protecting elders while learning for children at Nawarddeken Academy and essential fire and land management work continues.