”Perpetuating a failed system that hardens young people, does not reduce reoffending and fails to rehabilitate young lives and set them on a new course, is a step backwards.”

In November Commissioner Margaret White AO and Commissioner Mick Gooda handed down the findings of the Royal Commission into the Protection and Detention of Children in the Northern Territory. They were damning. Dusseldorp Forum supports the immediate implementation of the report’s recommendations and the adoption of Change the Record’s National Plan of Action across every Australian state and territory.

“The failures we have identified have cost children and families greatly, they have not made communities safer and they are shocking.”

The recommendations made by the Commission are specific when it comes to the community engagement required to implement its findings. With the vast majority of children in detention being Aboriginal, the Commission endorses a place-based approach in partnership with local communities and Aboriginal leadership where “the partnership should be built on the principles of mutual respect, shared commitment, shared responsibility and good faith.”

The purpose of the partnership should be to reach agreement on the strategies, policies and programs needed to provide sustained positive outcomes for children and young people at each ‘place’.

An example of where this approach has been established is in the community of Bourke, NSW.  The Maranguka Justice Reinvestment Project began in 2013 after many years of work by Aboriginal leaders in the community who were concerned about the number of their young people entering the prison system. After partnering with Just Reinvest NSW the community established governance, strategies and goals with young people and their families. The community has seen a reduction in offending and an increase in educational engagement for many of the young people who were not regularly attending school.  While in the early stages and with a long journey ahead this place-based, Aboriginal-led project provides a framework and lessons that government and community can draw from when considering responses to the Royal Commission’s recommendations.
Read more about the Maranguka Justice Reinvestment Project here. 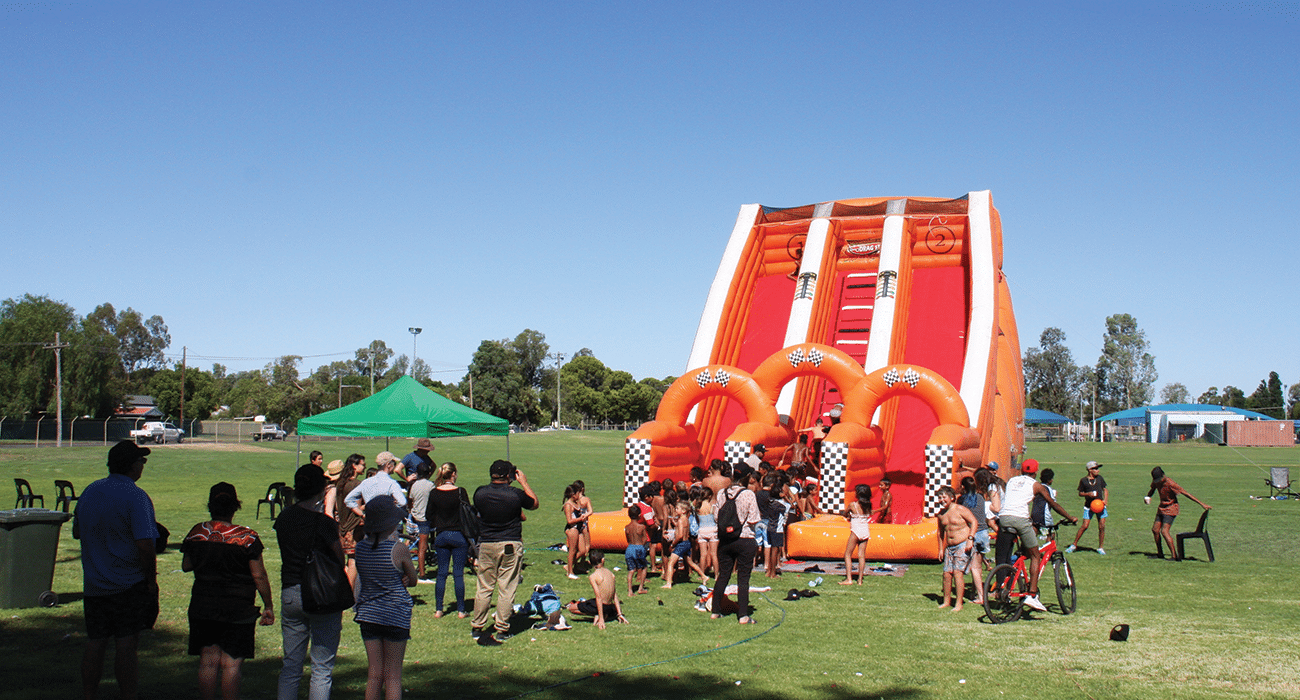 On 8 December the Dusseldorp Forum team and members of our board jumped on a short flight to Dubbo then hit the long road to Bourke, NSW to join the community