Our partners at Warddeken Land Management have had amazing news this month. The school that sustains the Kabulwarnamyo community, Nawarddeken Academy, has been registered as an Independent School. This will allow the school to sustainably deliver it’s unique bi-cultural, bi-curriculum learning on country.

Dusseldorp Forum has been supporting the school registration process over the past two years.

For thousands of generations Nawarddeken clan groups have lived on and cared for their ancestral estates in the stone country, the Kuwarddewardde, of Arnhem Land, NT. After the arrival of balanda (non-Indigenous people) Nawarddeken left their land until, by the late 1960s, it was largely de-populated. Over the next 30 years the Kuwarddewardde experienced growing numbers of feral animals and large wildfires, which threatened biodiversity and cultural sites.

From the 1970s well-known artist Bardayal ‘Lofty’ Nadjamerrek AO, began a movement back to homeland communities in the Kuwarddewardde.

Kabulwarnamyo outstation is now the headquarters for the Warddeken Rangers, an Indigenous ranger team managing 1.4 million hectares of country of global conservation and cultural significance. Due to its size and remoteness, Kabulwarnamyo did not qualify for a Government school.

To attend a Government school, children must move to far-away towns, predominantly Gunbalanya (Oenpelli), causing families to be separated for extended periods.

With the help of the Karrkad-Kanjdji Trust, the community of Kabulwarnamyo established the Nawarddeken Academy where children learn in their traditional language alongside English. Specific curriculum is developed in partnership with community elders, and taught in tandem with the Australian Curriculum, valuing both cultures and imparting the skills needed to develop meaningful careers, living and working on country.

The recent school registration will see the school sustainably funded for future generations. 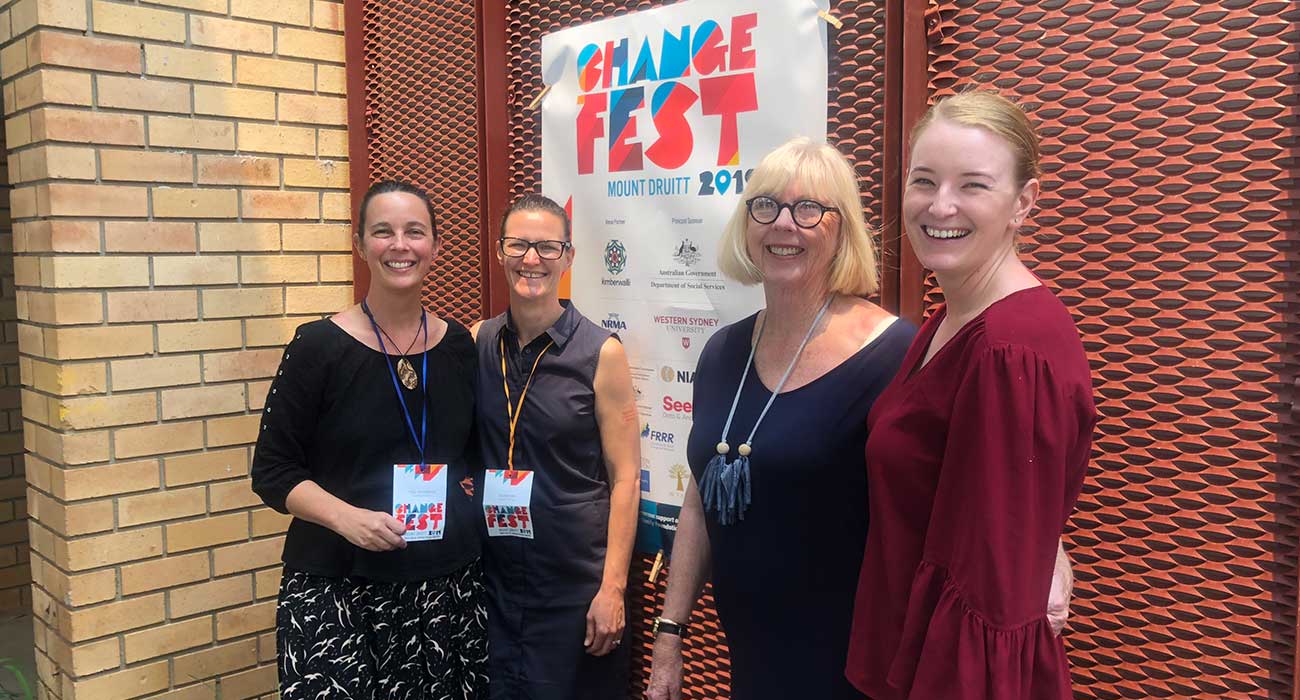 ChangeFest 2019 was held over four days in November at the Kimberwalli Centre in the community of Mt Druitt in Western Sydney. This is the second year that over 600 people and organisations working in collaborative initiatives from across the Australia gathered.