Once a much-maligned township, suffering from one of NSW’s highest Aboriginal youth conviction and incarceration rates, Bourke and its 2,500-strong population are now considered trailblazers, forging a new path towards community strength through a radical approach driven by the community itself.

It’s called the Maranguka Justice Reinvestment project, and it has businesses, social services, philanthropists and all three tiers of government engaged in the community’s plan for their young people’s success.

This approach has come about thanks to the determination, insight and courage of Bourke’s Aboriginal leadership. Maranguka’s founder and Executive Director, Alistair Ferguson is a proud, long-time Bourke local and Ngemba man. He knows well the northwest NSW town’s history of prosperity, first as a wool exporting town and more recently a place of opportunity through its thriving railroad, rural sector and abattoir.

But the past 10 to 15 years has seen the town’s fortunes die off – the closure of the railway and other changes resulted in a lack of employment opportunities for many, including Bourke’s large Aboriginal population. Exacerbated by a history of dispossession and clear lack of support for young Aboriginal families, the result was a spiralling rate of crime, domestic violence and incarceration.

It was always a case of those issues being someone else’s problems so we decided to do something, deliberately setting out to make it everyone’s business,” Alistair says.

Frustrated by government’s unsuccessful approach of continually funnelling billions of dollars into the justice system, Alistair became intrigued by a concept developed in the US. Known as ‘justice reinvestment’ it argues that in empowering communities to address the underlying causes of crime, savings are generated then reinvested in community-driven strategies that go on to further strengthen communities and prevent crime.

In 2012 Alistair partnered with Just Reinvest NSW, an organisation advocating for the adoption of justice reinvestment as policy in Australia, to trial a collective impact approach that supports the local Aboriginal community to work together on finding its own solutions, improving a range of areas from education, employment and health in order to address various legacy issues, rather than be dictated to by government.

At the same time the Sydney-based Dusseldorp Forum was exploring ways they could help address issues surrounding the over-incarceration of Aboriginal youth. The Human Rights Commission connected Alistair and the community of Bourke with the Forum, who was impressed by their vision for change.

“Alistair invited me to visit Bourke and into various meetings of groups talking about their vision for their future and how they really wanted to be in charge of leading the way for things to be different, so the future of young people in Bourke could be more positive and in line with their cultural strengths,” says Teya Dusseldorp, Executive Director of the Forum. “It felt like a moment of resurgence that we were being invited in to learn about.”

The Forum agreed to fund the first two years of the project, during which great strides were made through working in partnership not just with the Aboriginal population but non-Indigenous townspeople, the Aboriginal Legal Service, corporates including, Lend Lease, KMPG and Gilbert + Tobin and key people in government and police.

“None of this long-term change can be done alone, it takes collaboration across sectors, but without the community stepping up and wanting to lead that sort of change wouldn’t be achievable. Bourke showed courage and dedication and we wanted to support that,” Teya says.

In essence the Maranguka project is a return to the structures that have always operated within Indigenous groups – a community-led approach that advocates constant communication, group consultation, empowerment through opportunities and education and a non-hierarchical structure. “It allowed us to be more assertive and operate more freely, look at the real undercurrent of day-to-day challenges in families and young people such as better access to mental health nurses and psychiatrists,” says Alistair.

It has been a success. In 2018 a KPMG report showed a sharp drop in juvenile crime rates, an increase in school attendance by Aboriginal students and, most significantly, a 23 per cent drop in domestic violence. Working groups bring together service providers and community members to deliver the community strategy that seeks to ‘grow our kids safe, smart, strong.’ The Bourke Tribal Council, representing the 25 local language groups, is the governing and decision- making body. Guidance comes from the Aboriginal Youth Advisory Council, the Men of Bourke, and Women’s Healing Group and a cross-sector executive of various government, business and philanthropic stakeholders that includes the project’s government champion, NSW health minister Brad Hazzard.

Significantly, the Forum gives more than money. “What really sets Dusseldorp Forum apart and makes our relationship unique is that they are willing to roll their sleeves up and get their hands dirty on a daily basis. They provide that real critical friendship where we can have open, honest and candid conversations. The high level of trust that has been built over the past five years has been really important,” says Alistair.

It is now five years since the Forum first began working with the project and, having recently committed to another five years to continue to strengthen this ground-breaking governance model, Teya says the collaboration has been both inspiring and humbling.

It’s two-way learning,” she says. “The Forum brings skills and expertise in areas such as communications, HR, planning and development; and we’re learning about different models of governance and the power of resourcing communities so they can lead the change. And it’s not only about Bourke – it’s really demonstrating a different way of working that’s applicable across Australia.

Alistair says of their close relationship, “Together we are forging new ways of collaborating that open up possibilities and unknown potential. We’re doing things differently and demonstrating ways to have stronger relationships. It’s very exciting.”

Five years down the track the initiative is demonstrating just what is possible when the community is in the driver’s seat. Not only has the Australian Human Rights Commission labelled the project a ‘powerful crime prevention strategy’ but, impressed by the progress, both federal and state governments have agreed to jointly fund the Maranguka backbone team, freeing up philanthropic funders to work together on the next phase. “The lessons of Bourke are being documented and shared,” Teya says. “It’s heartening the government is taking notice and coming into this initiative as partners, that’s the language they’re using.”

Statistics aside, the town of Bourke itself is proof the project is working. You can hear it in the way people talk with more hope and engage in life around them.

“It’s across the whole Bourke community, everyone talks about feeling a change. You can’t underestimate people feeling hopeful, that something can be different. It’s hugely promising and I feel very privileged to be part of that,” Teya says.

Alistair agrees. “Since the stark reality of the ‘80s we’ve pulled down the bars and replaced them with shutters. And now we’re pulling down the shutters so people can go window shopping. It took a small community like Bourke, through determined leadership to do things differently. We’re establishing a roadmap for young people, because young people are the custodians of our future.”

Dusseldorp Forum has committed to tackling system reform as part of Stronger Places, Stronger People – a five-year commitment by community, federal, and state governments and philanthropy to work together. 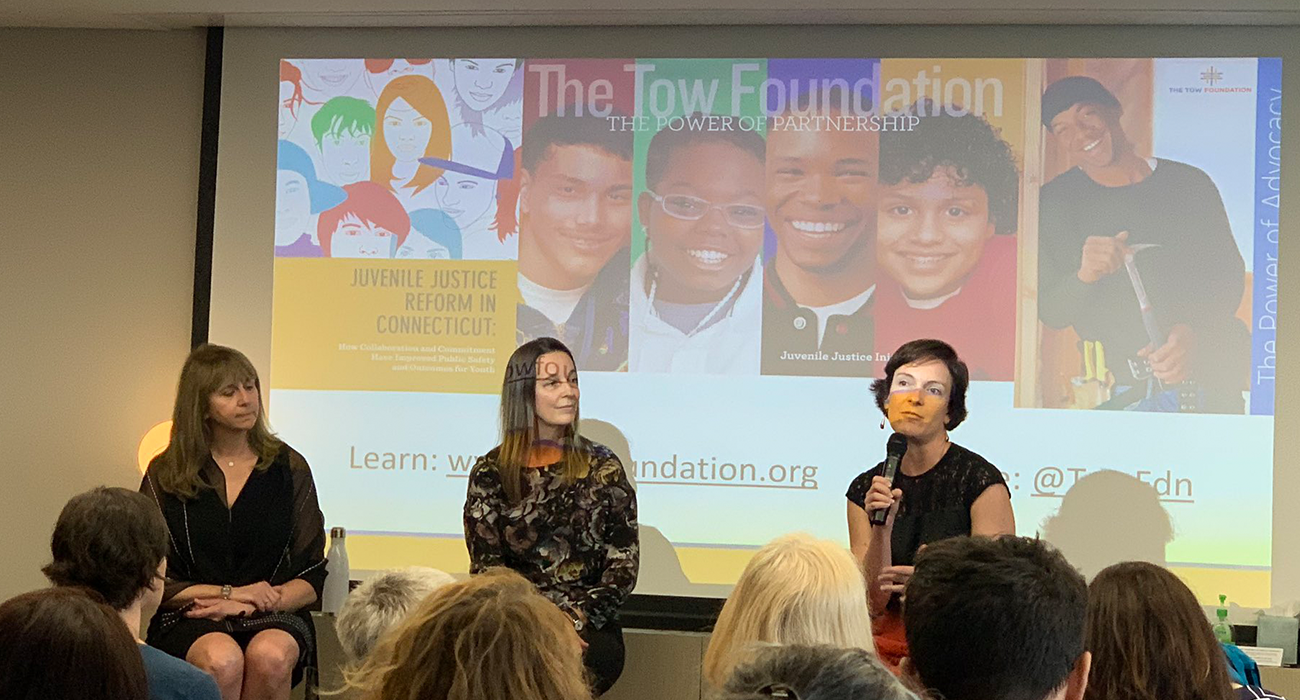 COVID-19 has further exposed how policy and power structures hold problems in place. It has also provided a unique, timely opportunity to address the structural reform required to strengthen our communities.